The Alum Rock Park Hike & Sketch represented a major milestone for the Paintsites group as this was Jenny Tero's and Sylvia Waddell's final event as the Paintsites Coordinators.   In addition to expanding access to a wide range of plein air venues on assuming leadership in 2006, they started the very popular Fifth Thursday Hike & Sketch Paintouts  (although sometimes they should more properly have been called Hike & Sketch Adventures) and developed a series of well attended and much appreciated on-site demos.   And, although Jenny & Sylvia will no longer be leading the group, they have assured the new coordinators that they'll continue to be active participants and watch them closely to make sure there is no lowering of standards.    (They didn't say what the consequences of  lowered standards would entail but it's not pleasant to contemplate.)

So it was only appropriate that their last go-round was a demanding, nearly 4 hour, up-and-down, sun-and-shade expedition.    Moved by the outpouring of appreciation and love (and pastries?) at the outset, it should be noted that we were allowed 25 minutes per sketch (it used to be only 20) and 40 minutes for lunch  (it used to be 30) -- but that none of us complained about this constituting a lowering of standards.

A word from Sylvia & Jenny:

As many of you know, this Hike & Sketch was the finale for organizers, Sylvia and Jenny.    We want to express our thanks to the great group of people that have become “regulars” over the last years/months.  It has been a pleasure to arrange sites and other sessions for an appreciative, talented, enthusiastic, and sociable group of plein air artists.    We have both thoroughly enjoyed the job, and we will still participate as regular painters and give our support to the new organizers - Brad, Jane and Marilyn.    Many thanks in particular to Brad who has helped us so much over the last few years and who kindly brought delicious pastries and Starbucks coffee to celebrate our last session.     S & J

For more information about this historical and very scenic park, see:
http://www.sanjoseca.gov/Facilities/Facility/Details/176

(If you have an opportunity to visit the Youth Science Institute, note the exceptionally fine wildlife painting cards by Society Member Candy Yu.)

A few speeches, some Danish and a cuppa before we head out ...

Jenny & Sylvia reminisce a bit; turn over the keys to the franchise to Jane; we have a bit of Danish, some coffee then Jenny says, for the last time:  "Head 'em up, move 'em out!"


John heads in one direction and settles in to paint the historical old cabin:

While the rest of us head in the opposite direction ... 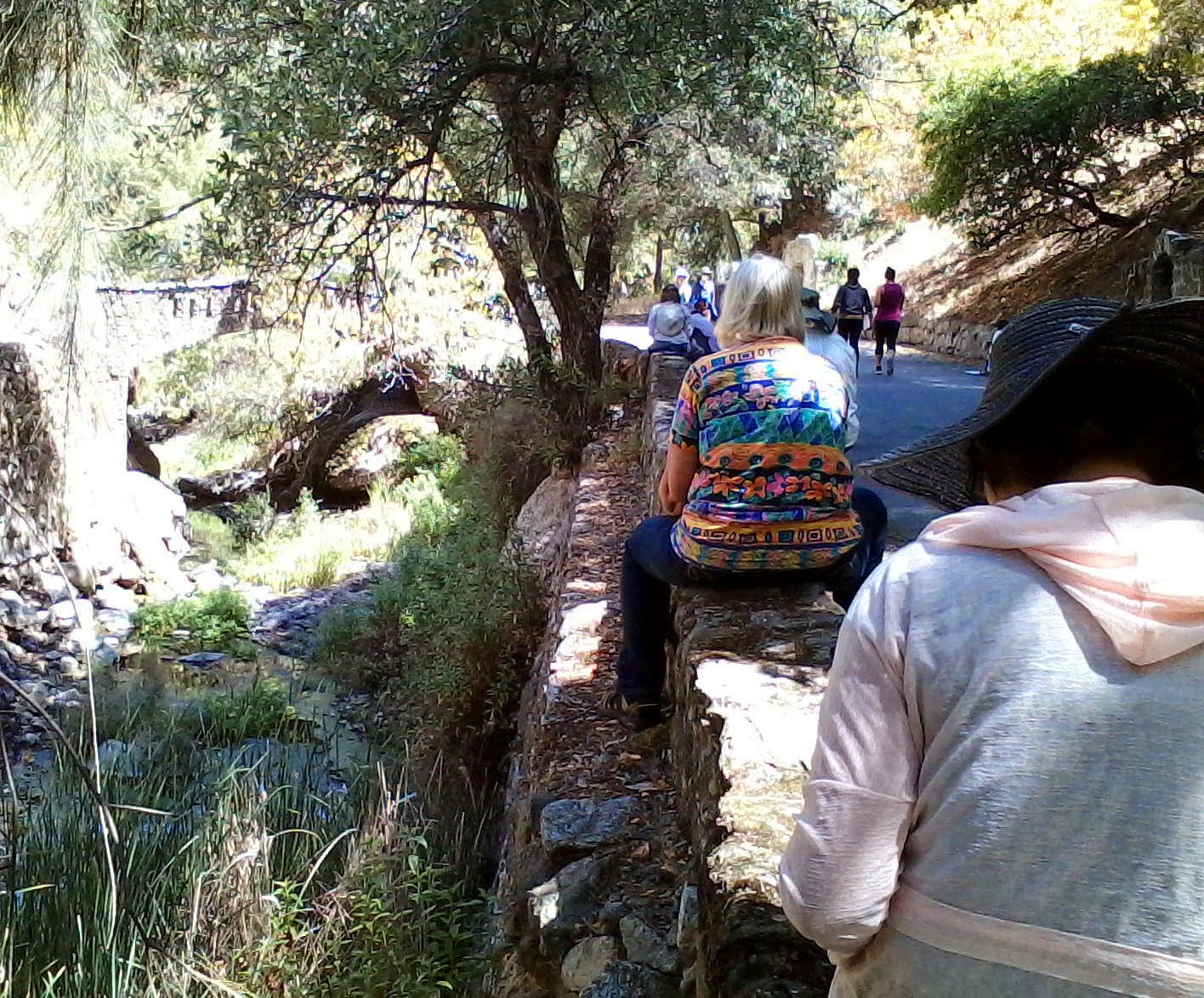 
Lunch and the Critique ...


We pressed on, climbing to the South Rim on the Sycamore Switchbacks.      Then, once on the South Rim Trail, high above Penitencia Creek Canyon to the north and the Santa Clara Valley to the south, the "Five-Minute Sketch"  challenge produced some surprisingly "finished" paintings: 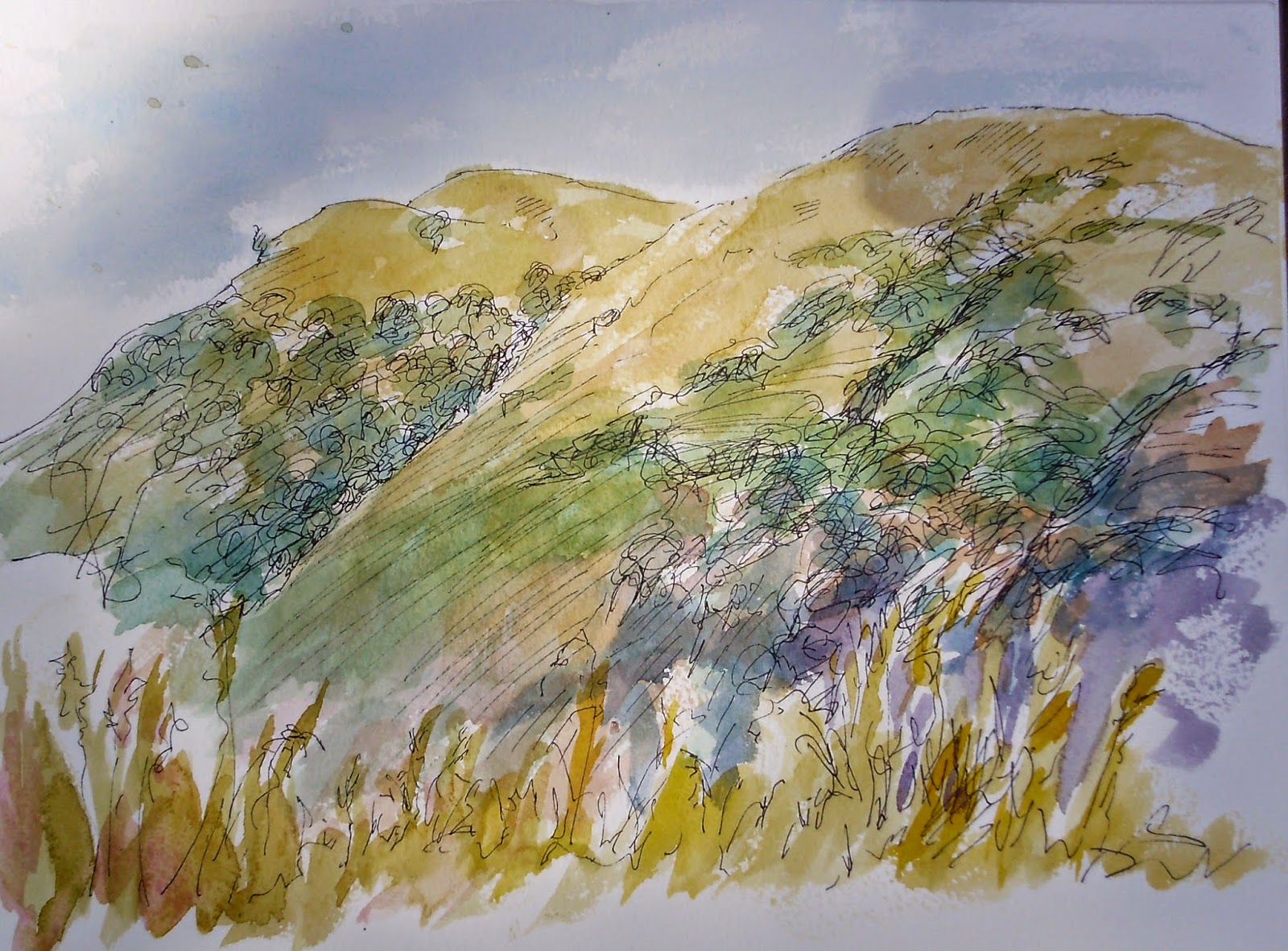 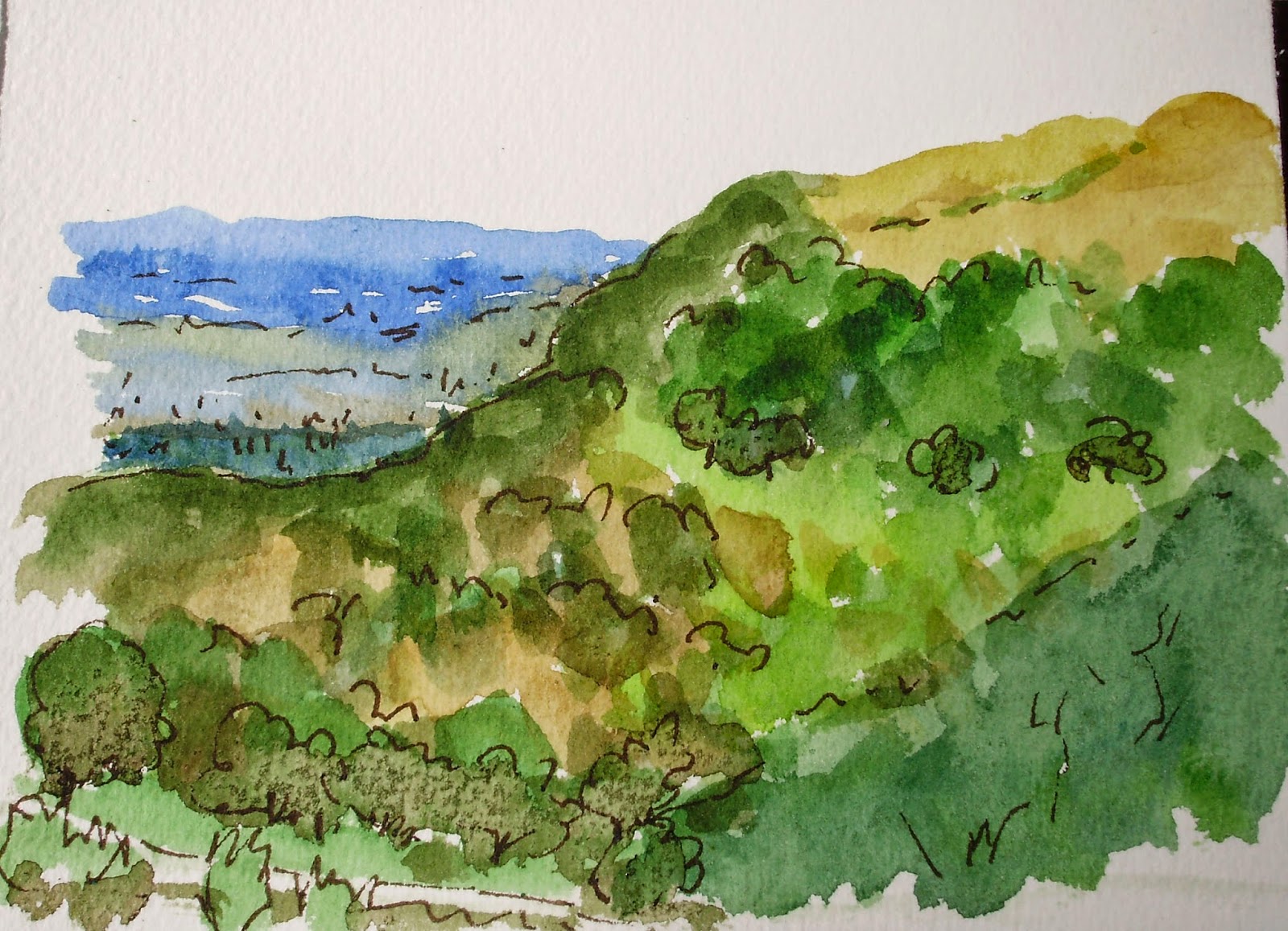 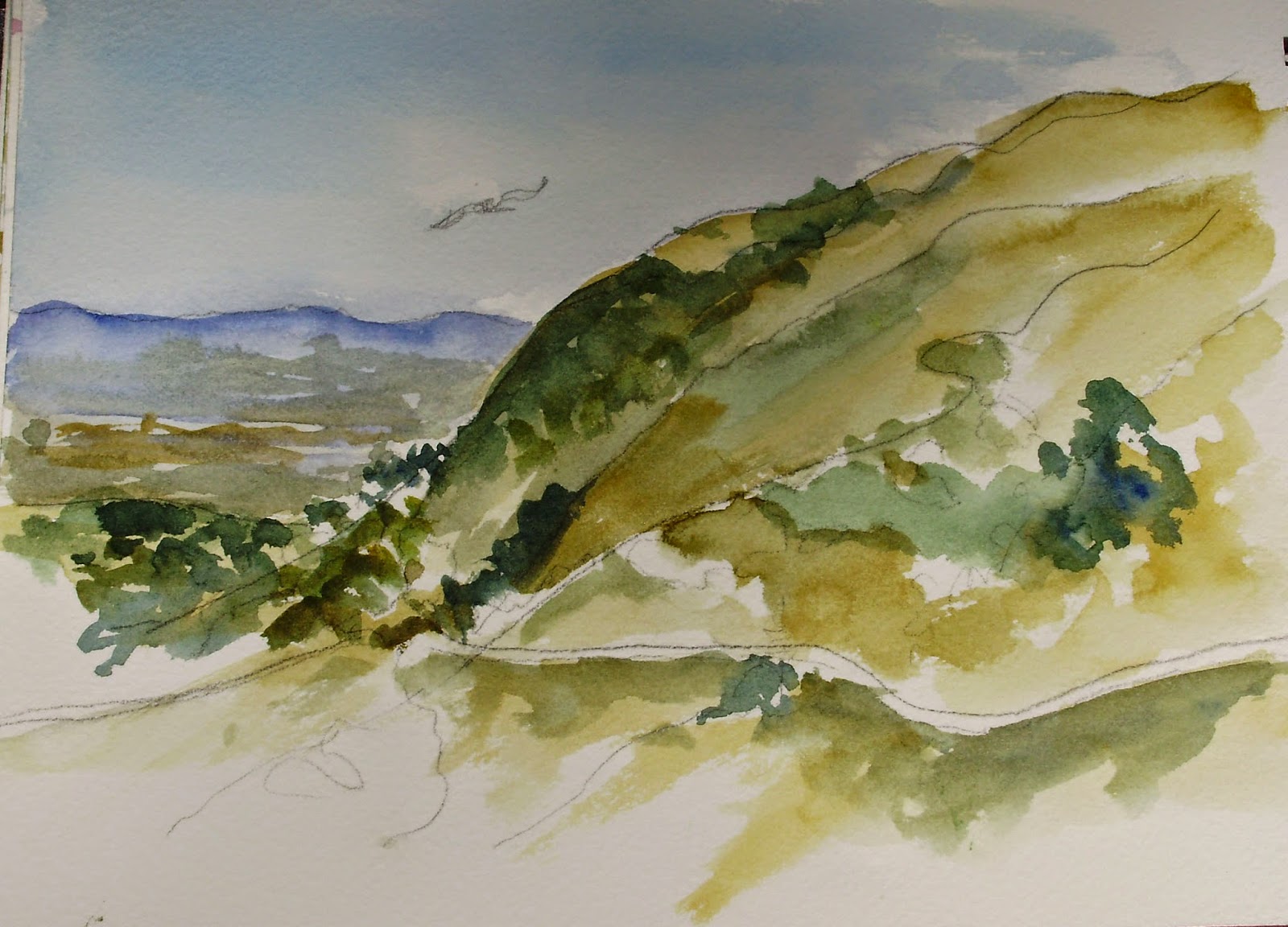 With the heat wave gone we had a perfect weather day at Chitactac-Adams Heritage County Park. We all found our way to Uvas Creek except Sylvia, who chose to paint the reconstruction of an Ohlone camp.

The last time we were at this site, in December 2011, it was very cold, there was snow on the mountains and we were certain there would soon be snow on us.    And there was no water in the ponds because of issues with the resident Canada Geese.     This time it was very hot (90+) and there was still no water in the ponds --- this time because of the drought.   Seems to always be something at this site and that something is always a great group of artists painting up a storm and enjoying the camaraderie.

Upcoming Paintouts:
For details, see the Watercolor Society website or May Newsletter


Interestingly enough, the same trees which sheltered us in December 2011 provided essential shade this time:


I had hoped to paint the lake with its ducks but it was dry!   However the animals seemed to know what to do for recycling.        Leslie


Who needs photographs of participating artists when we (well, some of us at least) can paint such terrific portraits of each other?

Painting this quaint gazebo gave me a much-needed mind vacation.
Thanks again,   Caroline
Posted by santos at 12:30 PM No comments: